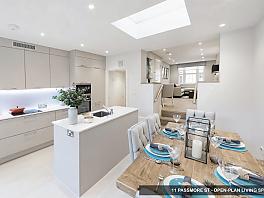 Edward Pearce LLP  were appointed as MEP consultants by Grosvenor for their  Project at 11 and 19 Passmore Street in 2013.

Developed by Grosvenor Britain & Ireland, they were identified as ‘pilot’ projects, as part of the company’s commitment to reduce their carbon emissions by 50% across their directly managed property portfolio by 2024.

These properties are now the first privately rented buildings to achieve EnerPHit standards in London.

Full details including specification and performance can be found at 11-19 Passmore Street.